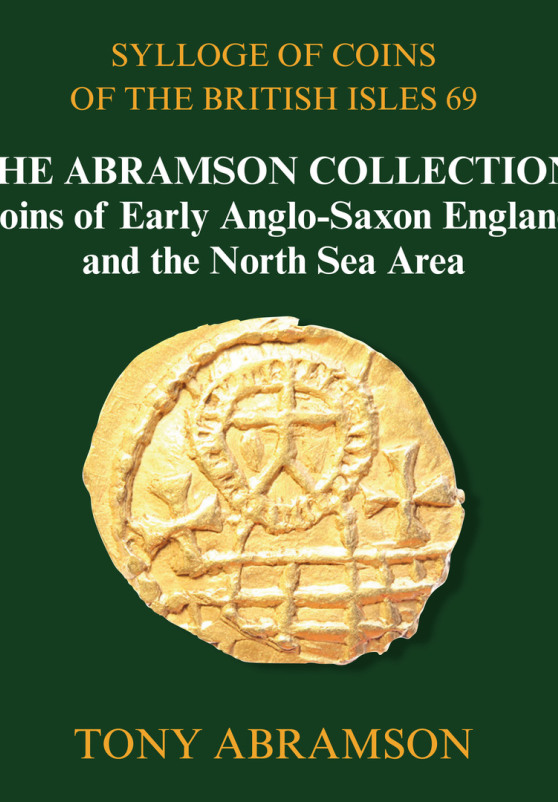 Coins of Early Anglo-Saxon England and the North Sea Area

This book records, illustrates and describes the early Anglo-Saxon collection of Tony Abramson: one of the premier private assemblages of gold, silver and base coins from the early medieval period, amounting to over 1,100 specimens. Traditionally known as gold shillings or thrymsas and silver pennies or sceattas, the coinages represented in this volume formed the first currency of Anglo-Saxon England, from c. 600 onwards.

In its coverage, the Abramson collection is unparalleled, containing representatives of three-quarters of all known varieties of this large and complicated coinage. But as well as conveying the rich visual diversity of the early Anglo-Saxon currency, this collection provides an important insight into the monetary economy of the period and reflects the transformation of knowledge of the subject in recent decades.

Nearly all the coins in this volume were found through the use of metal-detectors, and two-thirds have a known find provenance. The collection is further enhanced by inclusion of continental coins found in England, which serve to highlight the flows of trade across the Channel and North Sea which underpinned this remarkable early phase of English monetary history.

Additions to the collection since publication of SCBI 69 in 2018 can be requested here. The entire collection, housed in the Fitzwilliam Museum, Cambridge for the last decade, will be auction by Spink, in 2021, commencing 12th January.

Not in SCBI69
Aquisitions between the publication of the Sylloge and disposal by auction.
Not in SCBI69.pdf
Adobe Acrobat document [863.0 KB]