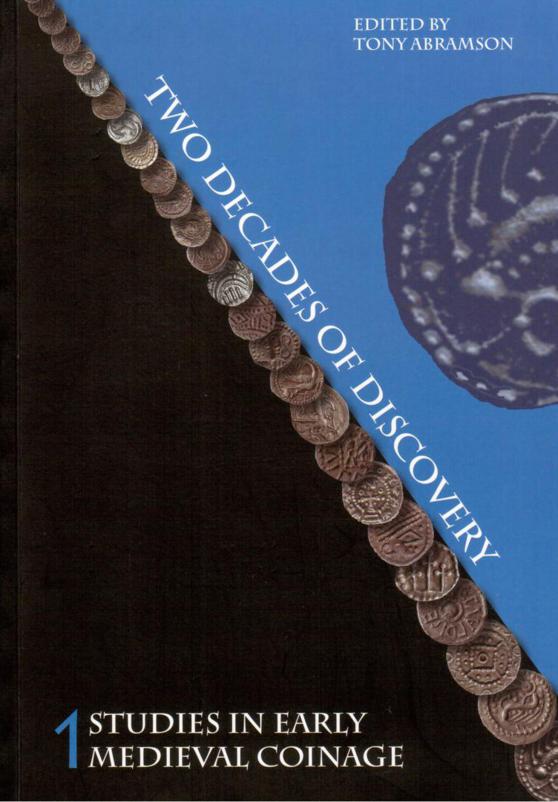 The exceptionally variety and iconography of early Medieval coinage, particularly Anglo-Saxon thrymsas and sceattas represent a curiously neglected but remarkably rich resource for all those – numismatists, art historians, archaeologists, medievalists, collectors and detectorists, economic and monetary historians - with an interest in this period. Whilst later Anglo-Saxon coinage has been covered extensively in the numismatic literature, very few works address the complex questions of C7-8th coinage.

The coins reflect the political and religious milieu of this chaotic period with a wide variety of issuers vying for attention. Ecclesiastical, regal and mercantile sources, whose objectives include both propaganda and supplying a trading medium, address a largely illiterate public by the exploitation of vivid imagery, which is often intentionally ambiguous to widen currency amongst peoples of different traditions – British, Germanic, Celtic, Frisian, Nordic and Christian.

Whilst the low survival rate makes this an exceptionally rare coinage, die study indicates that the circulating medium was substantial, probably something of the order of 100 million sceattas were issued, certainly sufficient to support a more vibrant and penetrating domestic and continental economy than has often been portrayed.

Whilst the module of the coinage is small (usually c10mm diameter) and the levels of engraving skill and technical expertise often deficient, an impressive amount of data is carried on and by each coin, beyond its typically charismatic obverse and reverse motifs. Provenance, archaeological context, metrology, die marks and contemporary imitations all contribute to our knowledge and understanding, to augment and complement knowledge derived from more conventional sources – stone sculpture, illuminated manuscript, contemporary artefacts and archealogical data.

This volume, hopefully the first of a series, will not only contain the Proceedings of early medieval coinage symposia but also other articles addressing this topic from an interdisciplinary perspective to reveal more about this neglected, yet rich, resource.