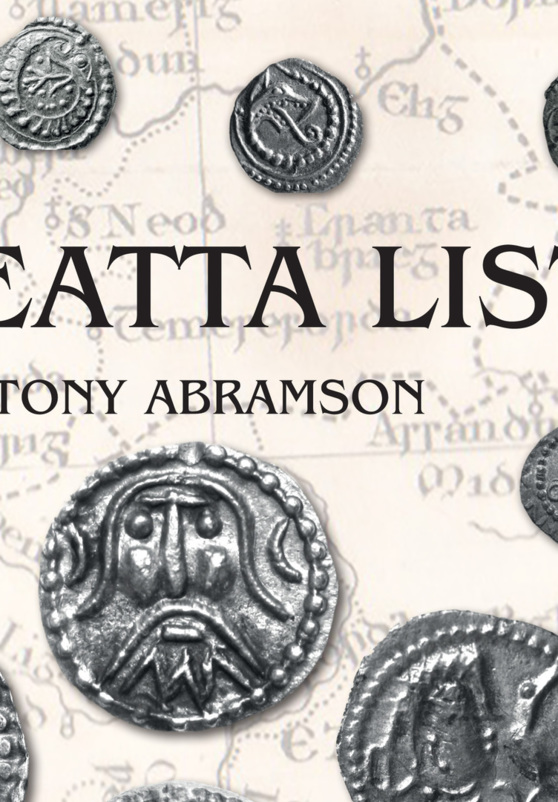 Sceats, the small module silver ‘proto-pennies’, of c.685 – c.750AD, have been classified in two ways – a numerical typology and an alphabetical Series. The typology dates back to the British Museum catalogue of 1888, is chronologically random, lacks meaningful sequencing, contains duplications and Merovingian emissions, suffers omissions and conflates dissimilar types. It is not soundly based on archaeological, historical, finds or distribution evidence.

The Serial classification, devised by Stuart Rigold in 1977, pre-dates the surge of metal detector finds of sceats many of which have been discovered since Michael Metcalf’s magnum opus, ‘Thrymsas and Sceattas in Ashmolean Museum Oxford’ (RNS, 1993), a comprehensive survey based on Rigold’s arrangement.

Unfortunately, neither of these great works makes easy reading for the occasional enquirer. An up-to-date, highly illustrated, inexpensive guide is needed - one which can be followed by those not familiar with the coinage but is nevertheless based on archaeological and metallurgical evidence.

Arranging the catalogue is complicated by the recent emergence of the study of the remarkably varied motifs as the main field of activity following the publication of Anna Gannon’s ‘The Iconography of Early Anglo-Saxon Coinage’ (OUP, 2003). Whilst this is a ground-breaking revelation from start to finish, the language is that of the art historian, which, again, may not suit the infrequent visitor.

Tony Abramson’s solution is a heavily-illustrated catalogue of the entire coinage divided into ten familiar themes of related groups.

This completely re-numbered scheme of arrangement abandons the numerical typology but, for reasons of continuity, retains Rigold’s alphabetical serial references and the ‘eclectic’ labels included in Metcalf. The resultant catalogue (second edition) has 115 groups covering 679 main varieties. At the time of going to press the number of varieties continued to grow, providing collectors with the excitement of being able to add to the corpus.

Sceatta List contains concordances with previous classifications and current catalogues (e.g. Spink), explorations of closely related types, hoard chronology, an expansion of the different styles of drapery displayed on this early Anglo-Saxon coinage, and a useful bibliography. The volatility of market prices for sceats are tackled head on and prices for every variety are given for two grades – approximating to fine and very fine. The supplement Stycas Simplified is only available in the first edition.

The header and images of variety 19-30 have, mysteriously and most regrettably, disappeared from the second edition. This is Series J, type 37, Four bird whorl reverse, and can been seen in Spink's Standard Catalogue 802A.