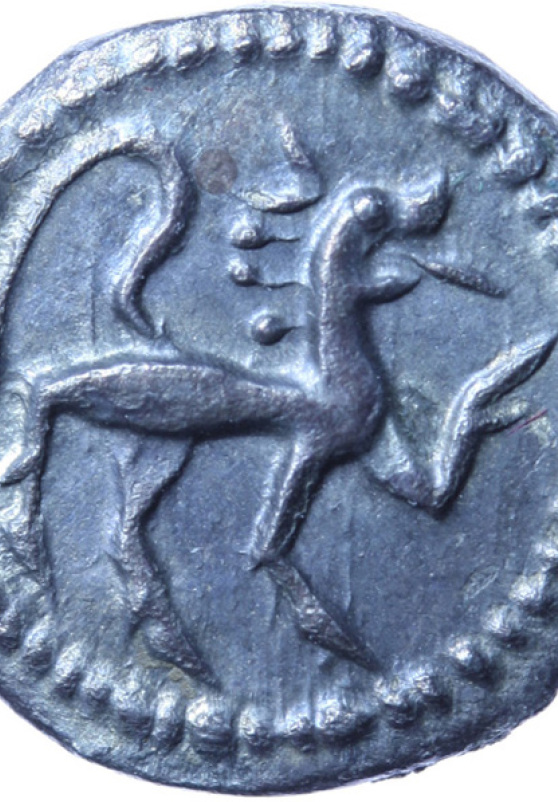 Without sound identifications and chronologies, all other research based on numismatic evidence is compromised.
Mark Blackburn, (2011) 596.

Following the Merovingian precedent, the Anglo-Saxon system developed into a hugely varied, single denominational, silver sceatta coinage of a value more, but not entirely, aligned to regular economic needs. Romanitas remained a strong presence throughout this transition.

I have written elsewhere on Roman design influence.[1]

A characteristic of sceatta iconography is the conflation of motifs not conventionally combined. It seems that we may be confronted here with intentional ambiguity, possibly to ensure that the Conversion message had the widest possible appeal among coin users of diverse traditions. For instance, serpents are used in a way conventional to the Christian repertoire to represent evil, sometimes counterpoised with a bird representing the ‘holy-spirit’ (some Series J & Q variants), but are also used as protective or apotropaic elements (e.g. an Uroboros on either side of primary Series B) surrounding Christian symbols. 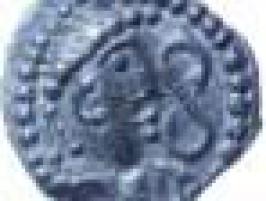 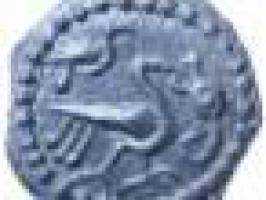 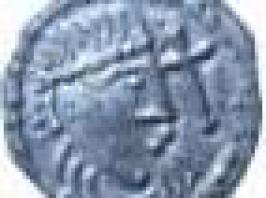 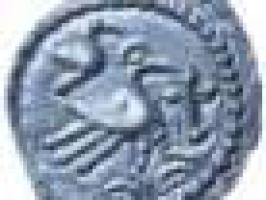 Perhaps the Anglo-Saxon penchant for riddles and magic, with the added lure of runes, influenced coin design. Dolley (1976, 353) commented on: ‘a number of designs harking back to pagan motifs with all the confidence of a neophyte Christianity as convinced of its own acceptance as eclectic in its art.’ In contrast, the anonymous and crude rendering of Series E, may be an attempt by pagan traders to gain currency by deliberately avoiding identity and message.

There is a reasonable assumption that the best executed variety of each type is at the head of the series. For example, Series R, emulating primary Series A and C, shows a steady deterioration in execution and alloy over an extended period (c.710 - c.750). What started out as a well-designed, if stylised, obverse bust degrades into a few component elements and the reverse votive standard degenerates into geometric symbols.

The sceatta coinage is divided chronologically into two phases by the Aston Rowant (Oxfordshire) hoard, deposited c.710. Rigold catalogued the generally well-regulated primary series (which had commenced by the 680s) prior to the metal-detecting era, but his work remains relevant. The subsequent explosion of creativity in the Secondary series extended to mid-eighth century and exhibits an erratic decline in style and alloy. The coinage is also divided territorially, by the Humber, with the north literate and conservative[6] and the south rarely either.

Sceats are found throughout the North Sea trading area including Denmark, Frisia, Francia and England. ‘There was a fair amount of North Sea exchange, it is true. By the eighth century there was more of it than could be found on the seaways of at least the western Mediterranean.’[7] Clearly, users were not troubled by the wide variety of designs, presumably handling with confidence motifs not previously seen. Moreover, standards of execution varied enormously – portraits equivalent in artistic merit to the best of early Anglo-Saxon art are found alongside unrecognisable, naïve specimens. Whilst coins from numerous, typically anonymous[8] regal, episcopal[9] and mercantile sources all fall into a recognisable metrology, variations in size, weight, and alloy are not inconsiderable. This possibly indicates that recipients were reasonably tolerant of, and confident in, what they could have regarded, to some extent, as a fiat currency, or that standards changed over time, or differed between areas. These features are characteristic of monetization.

Metrological variations in circulating coinage, Series E and U.[10]

The fineness of the output varies erratically over time and between emissions, presumably determined by the variations in the silver supply available to the issuer. It is worth noting that there were domestic sources of silver[11] - not all supply required the export of produce. Salzman mentioned a number of early northern sources for silver including, Alston Moor in Cumbria; Ashford, Bakewell, Crich, Hope, Matlock, Metesford, Wirksworth, in Derbyshire; and Weardale, in County Durham.[12] Reece listed the Mendips, the Peak District and Flintshire.[13]

Spufford dismissed hoards and political action as viable long-term sources of the additional silver required for the substantial sceatta coinage.[14] As the gold tremissis became more debased, more silver was required for that coinage and, subsequently, this may have been a source of supply for the sceat, but mining and trade flow must constitute the main sources. MEC noted that ‘the economic niche filled by the silver must have been quite different from that of the gold’[15] and argued that a major source of silver for minting in Merovingian Francia, was silver plate originally gifted by senatorial families to the Church then secularised by Pepin – there were far more ecclesiastical deniers struck than there had been tremisses.

England exported slaves and wool, and Frisia brought pottery, brooches and Coptic bronze vessels. Silver made up the balance in England’s favour. Frisia exported glass, bronze-work and pottery to Scandinavia and received furs in exchange. Again, Frisia paid the deficit in silver. Until its fall to the Franks in the 730s, Frisia sold on these luxury goods to Francia in exchange for goods. Settlement would have been in silver mined, most likely, from the argentiferous deposits at ‘Metullo’, Melle, and minted initially at nearby Poitiers.[16]

It remains uncertain what the value of a sceat may have been. A single denomination equivalent to a day’s pay is a substantial, indivisible amount not easily exchanged for the daily necessities of life. [17] Page discussed the work loads of different ranks.[18]

Metcalf’s T&S and Gannon (2003) remain the main sources for study of the classification [19] and iconography, respectively.[20] Abramson (2012d) is a comprehensive visual guide to the main varieties. As the number of main varieties now exceeds 630[21] (excluding sub-varieties), only the Northumbrian varieties will be discussed in any detail. The well-executed, epigraphic Northumbrian series allows greater discrimination in typology than is possible elsewhere in the sceatta coinage.

Footnotes
[1] Abramson (2012a). As regards sources of influence, Blackburn (2011 592) quoted the example of grave 22 at Brighthampton containing a Roman hoard rediscovered in early Anglo-Saxon times.
[2] Abramson, (2012a) p. 73-104, SL p. 249.
[3] Finds evidence from a probable hoard, offered at auction by cgb.fr in June 2013, suggests that the variety on the right was possibly minted in Quentovic.
[4] Abramson, 2012d 249 for an explanation of the iconography.
[5] Mark Blackburn supported an early date for this exotic species, (Chick 32).
[6] Conservatism in coin design, even the immobilisation of an idée fixe, is used to inspire confidence.
[7] Wickham (2005) p. 818.
[8] other than Northumbrian.
[9] Gannon 17, suggests that those with Christian imagery were the emissions of minsters, though Marion Archibald had raised this in an earlier, unpublished lecture on the Monita Scorvm variety (T&S p. 435) and in her contributions to Webster and Brown. See also Naismith in SiEMC3.
[10] Abramson (2012b) 110. Millimetre scale shown.
[11] which usually occurs with lead.
[12] Salzman 41-68.
[13] p. 62
[14] p. 30
[15] p. 96
[16] Sixty miles from where Charles Martel defeated the Muslims at Tours in 732.
[17] Abramson (2012b). At a gold to silver ration of 12:1 this would value a tremissis or gold shilling at say two week’s pay, which would be reasonable in terms of a Roman soldier’s pay. An alternative would be to assess buying power – early law would suggest that a sheep is worth perhaps two to four sceats.
[18] p. 94-5. He also makes the interesting suggestion that blacksmiths made coins (82-3).
[19] Metcalf (1994) addresses the questions: “where and when the coins were struck, and in what quantities…how they circulated and…the purposes for which they were used.” To these, Gannon’s adds a third approach – the art-historical appraisal.
[20] See Abramson 2012b for a critique of Cribb’s ‘Money as Metaphor’, with its particular applicability to the iconography of sceats.
[21] as at May 2015. See Abramson 2012d supplemented by www.anglo-saxon-coinage.co.uk.