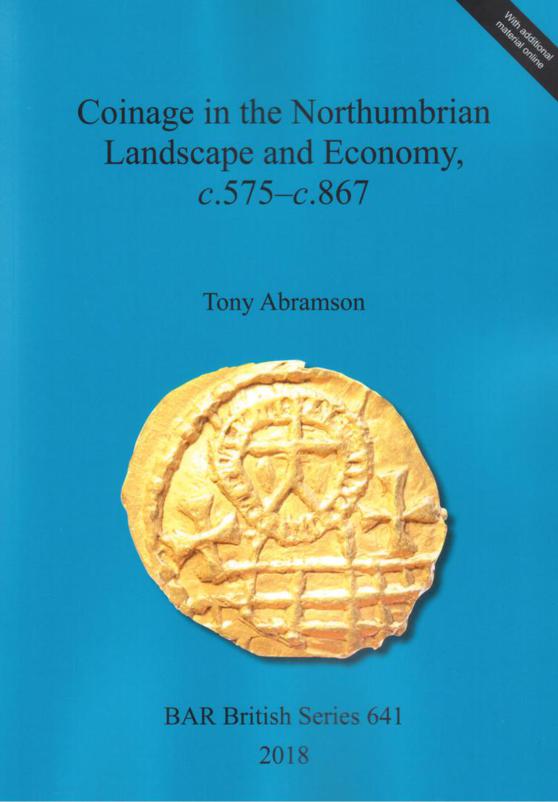 Coinage in the Northumbrian Landscape and Economy, c.575 – c.867

This book presents the author’s digitization of Pirie’s substantial yet flawed corpus of 9th-century Northumbrian ‘stycas’. This database, enhanced by data from elsewhere, is compared by location with the artefactual database known as VASLE (created at the University of York, 2008) to demonstrate that the co-occurrence of coins and portable artefacts defines monetary evolution in Northumbria. Additionally, the author presents a new periodization and reveals the previously disparaged gold shillings of York to have been issued by Bishop Paulinus, a disruptive finding chronologically, with wider consequences. Northumbria benefited increasingly, both monetarily and fiscally, as the face value of coins fell. Other conclusions include the idea that Northumbrian coin production was erratic; that the Yorkshire Wolds were more highly monetized than the surrounding lowlands, indicating a more enterprising culture; that styca hoards represent episcopal expropriations; and that there were significant changes in settlement and economy in the central lowlands. This work demonstrates that monetization reflected northern independence, innovation and enterprise.

‘The data is detailed and comprehensive and its interpretation has the benefit of the author’s expert knowledge of the crucial numismatic material. … The sheer depth and breadth of the chronological and geographical analysis of relevant Northumbrian finds … provides a unique perspective on the role of money in the community at that time.’

Dr Stewart Lyon, Fellow of the Society of Antiquaries of London

‘Abramson’s project offers a combination of scope and detail that is not easily paralleled in existing literature. … As a significant and thorough analysis of monetary production and circulation in the north of England, [it] represents a significant contribution to knowledge.’