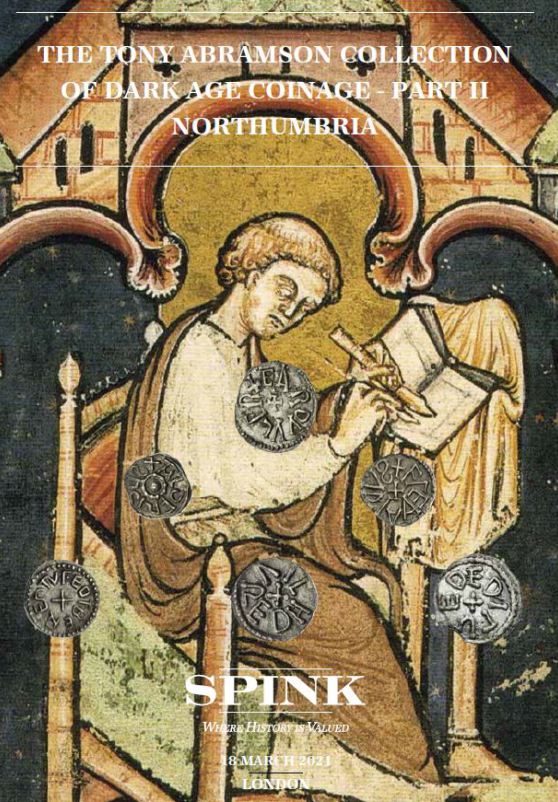 Here are some personal thoughts on the coinage of Northumbria included in the Part II auction, 18th March 2021, 3:00pm

Lot 336, an exceptional specimen of variety Ci (not Cii as stated in Spink’s catalogue), where the ‘stones’ on the obverse are arched and the floating cross on the right also has arched limbs – like a fleur-de-lys.

Lot 343, a lovely example of the right-facing ‘fantastic beast’.

Lot 377, elegant engraving of the reverse, renders this an exceptionally desirable ‘fantastic beast’ variety, with the head tilted back and the forelimb outstretched.

Lot 386, a fine example of the ‘fantastic beast’ issue of Ælfwald. The form of the inscription also occurs in his named moneyer type (lots 404-5) and, thus, marks a transition, possibly driven by iconoclasm, transferring responsibility to the moneyer.

Lot 388, an exuberant version of the fantastic beast.

Lot 390, A scarce version of the joint issue of Eadberht and Ecgberht, showing the standing figure of the latter holding two crosiers.

Lot 397, an exceptional example of the joint issue of Alchred and Ecgberht.

Lots 404-5 retain the earlier obverse die of Ælfwald’s ‘fantastic beast’ type but are produced under the auspices of Cuthheard, the first appearance of this apparently long-lived moneyer. 405 is an exceptional survival.

Lot 406, a sumptuous, recent addition to the corpus. This new variety makes a significant contribution to the Northumbrian chronology. It associates the obverse die, previously seen as the reverse die on the ‘joint issue’ of Æthelwald Moll and his son Æthelred with the latter. This reattributions the ‘joint issue’ to the reign of Æthelred rather than in the time of his father. See https://britnumsoc.blog/2020/12/13/a-vital-clue-in-establishing-northumbrian-chronology-for-early-pennies-tony-abramson/

Lots 406-17, an array of some superb specimens showing many of the privy marks of Æthelred’s most prolific moneyer Ceolbald.

Lot 418, a unique double-obverse of Æthelred with a pedigree.

Lots 428-9, in SCBI68, Stewart Lyon speculates that the ‘shrine’ issue may be attributed to the tail end of Æthelred’s second reign between the 793 Viking attack on Lindisfarne and Eardwulf’s revenge assassination of Æthelred in 796. Given the fabric and execution of this issue, that seems an insightful proposal.

Lots 430-3, an unprecedented selection of the extremely rare coinage of Eardwulf and his sole moneyer, Cuthheard. The differing dies can be seen at: https://gilliscoins.com/reference/eardwulf/index.htm

The coinage after Eardwulf becomes baser. Eanred’s first issue, by his ‘Group A’ moneyers, contains a little silver (I refer to these as tertiary sceats), but his second issue replaces silver with tin to produce a bronze coinage – the Northumbrian styca. Subsequently, the tin is replaced by zinc, giving a brass coinage. The deterioration is not linear.

The least prolific of the three dozen moneyers of the period, starting with the scarcest are:

Lots 434-5, Northumbrian stycas ostensibly issued by Ælfwald’s moneyer Eadwine. These are likely to date from the later period of styca production, when minting was chaotic and dies were used, in James Booth’s word ‘promiscuously’. In retrospect, it would be more accurate chronologically to list these among the late, blundered stycas. However, the naming of Ælfwald is intriguing, especially in combination with a ‘Group A’ moneyer

Lot 436, the final emission of Cuthheard, not for this fourth monarch, Eanred son of Eardwulf. This tertiary sceat is rare, especially in such handsome condition.

Lot 443, a superior rendering of Eanred’s name by Eadwine.

Lots 444-8, these episcopal tertiary sceats should have been listed after the regal issues. The last is a rare issue of Eadwulf.

Lots 452-3, Herreth’s engraving appears superior to the handicraft of other ‘Group A’ moneyers’.

Lots 457-8, Tidwine is one of the rarest moneyers.

Lots 495-9, Æthelred’s dominant second reign moneyer Eardwulf. These coins should be listed after the stycas of the usurper Redwulf.

Lots 502-20, Leofthegn’s coinage for Æthelred, including the special motif series. A high point in this anepigraphic coinage – other than

Lot 556, by Tidwulf, one of the rarest moneyers.

Lot 572, the obverse, a neatly engraved form of Wulfhere seems to be by a superior engraver to the reverse by Wulfred, with the initial cross misplaced. 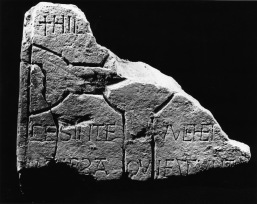