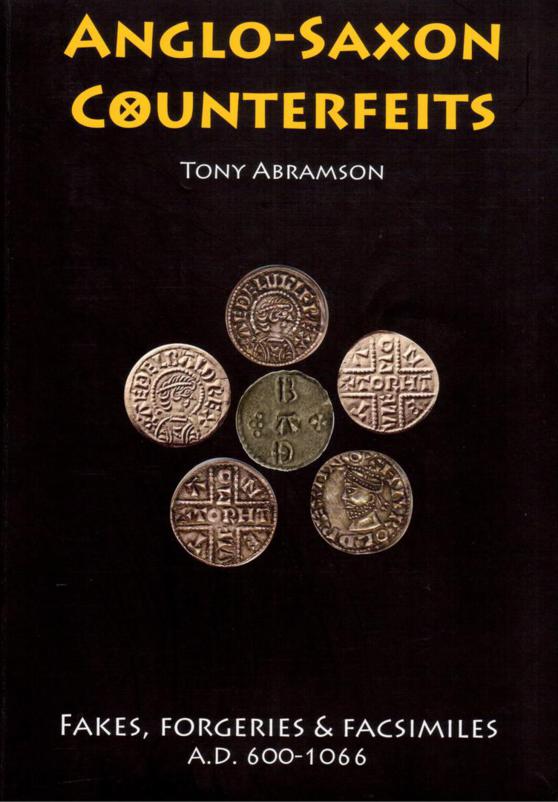 Around 1280, speaking of currency crimes, specifically clipping, a leading European theologian exclaimed: “Cut off their hands! How much blood has been spilled by these and others like them who invalidate the currency. These are the ones that have brought destruction…If our combined influence is great enough let them be publicly flogged!”

Whilst this sentiment might nowadays be reserved for currency and commodity speculators, derivative traders and associated casino bankers, the topic of this book is more narrowly defined as exposing the crime of those whose interests are not in disrupting global trade in current commodities but in despoiling the legitimate exchange and assemblage of historical artefacts at an individual level. Both remain the pernicious, cynical spivvery of a mean-spirited, selfish individual; only the scale of operation differs.

As long as civilisation has used coins as a form of currency there have always been individuals who, for a number of reasons, have made fakes, replicas and counterfeits. Not all counterfeits are produced for personal profit and not all replicas are designed to deceive. However, to both the scholar and collector, historical counterfeits have long been a matter of serious interest and concern and, in certain circumstances, an area of study in their own right.

The Anglo-Saxon coinage, with its huge variety of designs and styles, has always been an attractive subject for the makers of counterfeits. From the contemporary craftsmen who produced their own derivative copies to supplement the limited supply of coins, to the modern makers of museum replicas, the coins of the Anglo-Saxon period have been copied, replicated and forged to produce a corpus of material almost as extensive as the originals from which they draw their inspiration.

In this groundbreaking new study Tony Abramson brings together a vast catalogue of Anglo-Saxon counterfeits and copies. Fully illustrated with over 3,000 detailed images this study examines the types, styles and creative inspirations that have fascinated and intrigued all those who study early coinage for generations. From contemporary copies to modern fakes, the catalogue is an essential guide for both scholars and collectors.

Collectors, especially new ones, have it drummed into them..."buy the book before you buy the coin", and nowhere is it truer than here with Tony Abramson’s new book if you are interested in or collect Anglo-Saxon coins. It is a series that can be very difficult to research, the literature is continually expanding with new interpretations and new coins being found, and there is the added difficulty of contemporary Viking copies, let alone new moneyers. Reported metal detector finds via the Treasure Act [1996] or the Portable Antiquities Scheme have added considerably to our knowledge.

Tony Abramson is well known in the numismatic world for his many extremely useful publications, but the reviewer feels that with this incredible ground-breaking piece of research and compilation, he has surpassed himself. The relative obscurity of many of the Anglo-Saxon issues has lent itself to the wily forger’s skill over the last 200 years.

The first part sets out the "stall" - noting the problems inherent in collecting and illustrating the coins, and the lack of die alignments in the catalogue, but this is negligible in relation to the whole. There are useful discussions of identification and restitution [here note also the "Object Lesson" on the inside back cover], and scientific investigation. Some coins are listed where they had been initially condemned and then subsequently reinstated when new evidence has been found. Particularly interesting are the two chapters on the well-known early forgers John White and Edward Emery and their products. John White even contributed three plates of Anglo-Saxon coins to Withy and Ryall’s Twelve Plates of English Silver Coins (1756), including amongst them some of his own products and thereby substantially damaging the value of the work - those three plates are reproduced here. Modern productions by Grunal the Moneyer (David Greenhalgh), are not meant to deceive but to educate and his research into original die manufacture is invaluable. He is also a respected expert on medieval hammered coins, principally groats. Two case studies complete the first part of the book: "An Alleged Miscreant of the 21st Century" (Michael Hibbs) and "A Convicted Miscreant of the 21st Century"(David Hutchings, sentenced to six months imprisonment on five counts of fraud).

The second part is the extensive catalogue of the fakes (pp.30-197). Beginning with thrymsas and sceats, the sequence of coins is then geographical through Middle Anglo-Saxon and the Kings of All England, with finally Late Anglo- Saxon. Each entry is arranged by Spink number, giving the monarch, type and moneyer, and any sources or references; the counterfeit is illustrated together with, where possible, the genuine original. Short relevant notes are added, and size and weights where known. Some "Candidates for Reinstatement" are noted and finally an "Index to Spink References", noting monarch and general type. A select Bibliography completes the book.

There can be little doubt that every museum curator, collector or student of the Anglo-Saxon series must have this book. It is absolutely first class and can only be added to as more finds are made and further research clears up some of the many problems that can bedevil this series.

The author has done it again—he has come up with yet another important publication which will be of incalculable help to the serious collector as well as a fascinating read for those with any interest in coins of the period covered. His Sceatta List with Stycas Simplified, which was reviewed last month, is destined to become a standard reference and undoubtedly this new title cannot fail to hit the spot. At the best of times Anglo-Saxon coins can be a minefield for the uninitiated but the author has opened the window on the widespread problem of copy coins and as a result what has hitherto been an open market-place for the crooked has now been brought under scrutiny. With this important publication collectors can check that what they intend to buy, or have already added to their collections, really is what it should be. He has identified and illustrated virtually all known copies of the entire series, from contemporary counterfeits through to modern copies and forgeries, and whenever possible includes a picture of the genuine coin type for comparison. The author has also identified many of the people and the companies involved in the production of copy coins today—a market that this book should help towards "cleaning up". An essential book for every collector's bookshelf.

Some examples of feedback

Thankyou so much for your for your timely assistance assessing my coin. Your rapid response and advice allowed me to effectively cancel the purchase prior to the coin being despatched. I just wanted you to know how much your generosity with your time and knowledge has meant to me, and also, no doubt, to many, many others.
Thankyou, thankyou, thankyou!

Dear Tony
Caroline has just shown me a copy of your Anglo-Saxon counterfeits book. Brilliant! Well done. A triumph and well worth all the hard work.

Been stung, what do I look for?

Thanks Tony
Book arrived safe and sound. Looks really good, but a little scary just how may fakes and replicas there are out there. Well, let my study begin!
Best regards,

Dear Tony,
It is with great pleasure that I have received your book today.
Many thanks for your fast delivery and for signing the copy for me, I highly appreciate that.
...I am fascinated by all your books...

Concerning the two books, I have found both extremely useful.

Dear Tony,
Interestingly and somewhat bizarrely I got a message today (allegedly) from Ashmore himself stating that the coin [791-090 to 791-150] was made by him, from his second ever set of dies, some 45 years ago.